Jessica Swale’s All’s Will that Ends Will

The TUBS-Players danced at Schloss Richmond (Braunschweig) at the birthday celebrations for Caroline (1768-1821), the Queen of England which came from Braunschweig. For that event we studied dances from the Regency era and their filmic adaptations.

Maria Marcsek-Fuchs and the TUBSPlayers have been nominated for the LehrLEO Awards 2018, the award for excellence in teaching at the TU Braunschweig. At the award ceremony we gave a presentation of our acting and dancing skills.

The Fakultät 6 – Fakultät Geistes- und Erziehungswissenschaften of the TU Braunschweig was founded 50 years ago. A big reason to celebrate. And the TUBS-Players were part of the party. 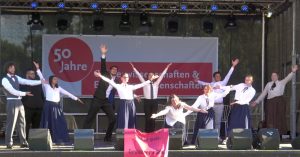 It is 1896. Imagine you have mastered 3 years of study at Girton College in Cambridge, England. With honours! But you are not allowed to get a degree. Now, the senate has just agreed to a vote deciding over women’s right to graduate…your right to graduate! And if you win, you could be one of the first…!

Jessica Swale’s play Blue Stockings (2013) takes us to this crucial moment of university history. It follows the fate of four girls and a college mistress on their way to acceptance; an entertaining and exciting play with music and dance, showing how equality in education is worth striving for, even if it means taking a rocky road to success.

Blue Stockings premiered 2012 as a project at the Royal Academy of Dramatic Arts in London. The first full production opened its gates in 2013, when it was staged at Shakespeare’s Globe Theatre. Since then it became very popular around the world and travelled through many English speaking countries. (As far as we know, our production was the first in Germany.)

An entertaining evening with and about the Bard. 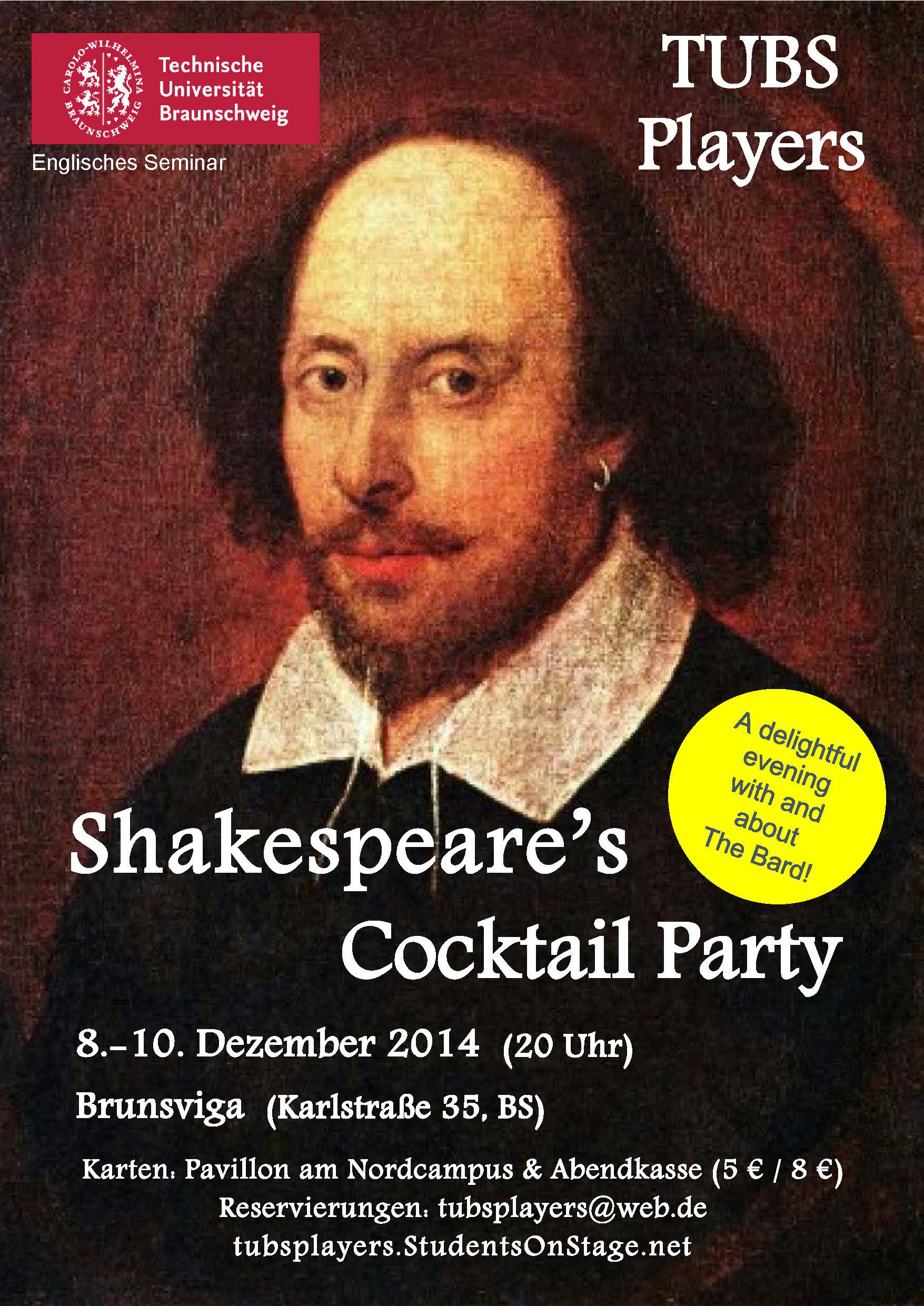 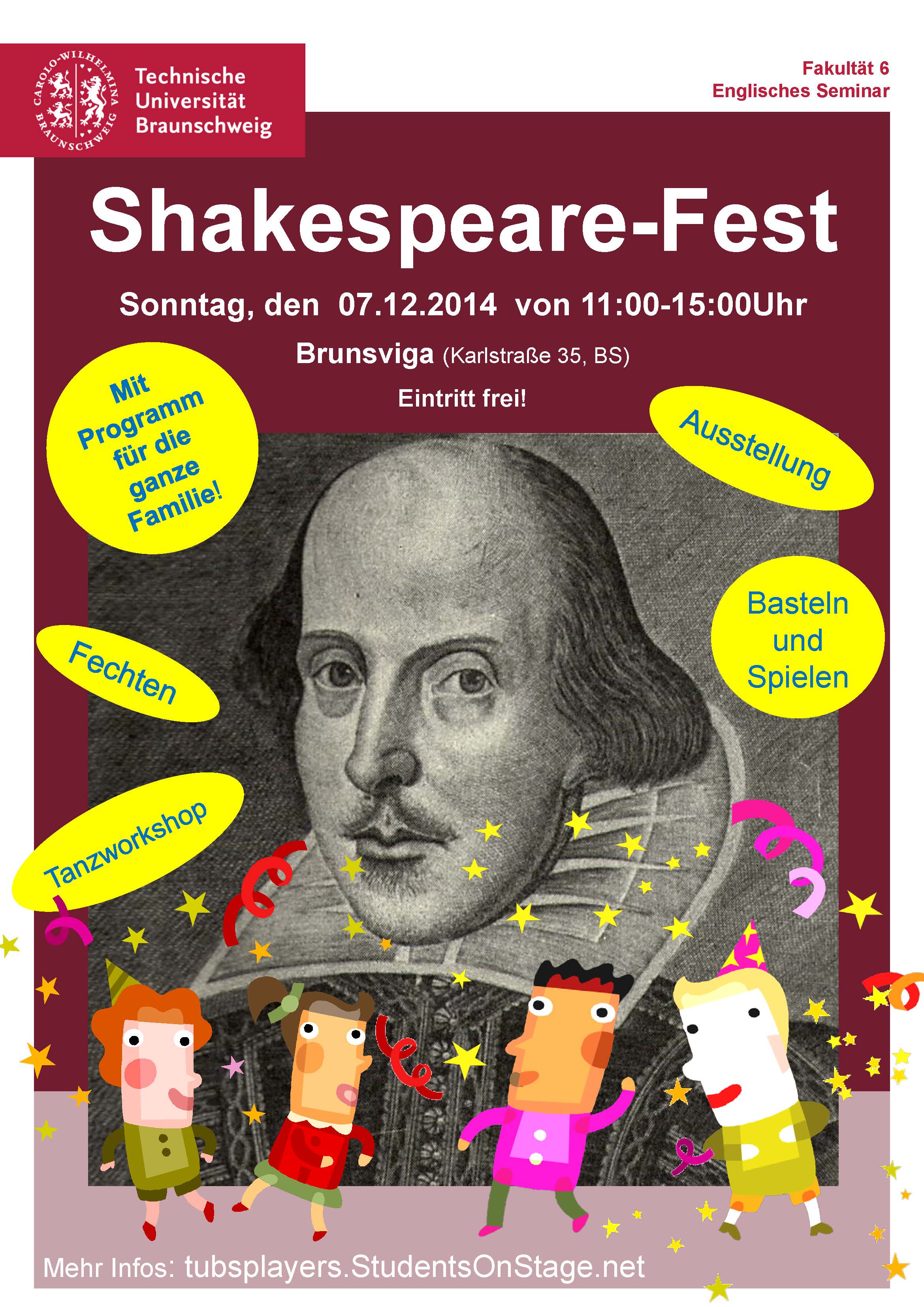 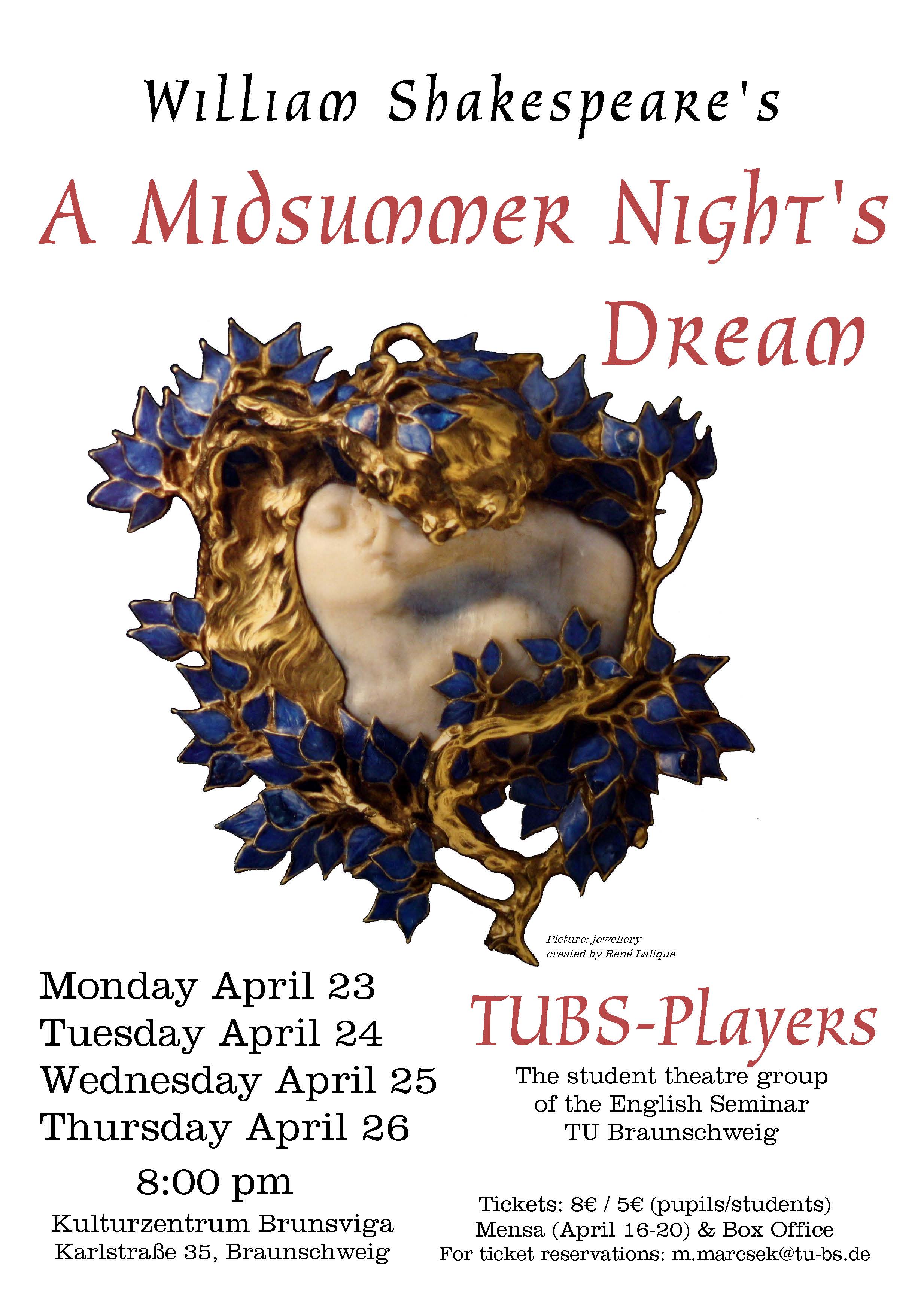 An Entertaining Evening out with William Shakespeare and Tom Stoppard

The TUBS-Players introduce an evening of Tom Stoppard and his interpretations of William Shakespear’s Hamlet as well as Agatha Christie’s The Moustrap. It is a double bill, or almost a treble bill: first, an abridged version of Shakespeare’s (originally 4 hour) revenge tragedy, followed by a short fun version of Stoppard’s The 15-Minute Hamlet (Direction: Maria Marcsek-Fuchs), and the finale with Stoppard’s The Real Inspector Hound (Direction: Chris Perkins).”
Playbill 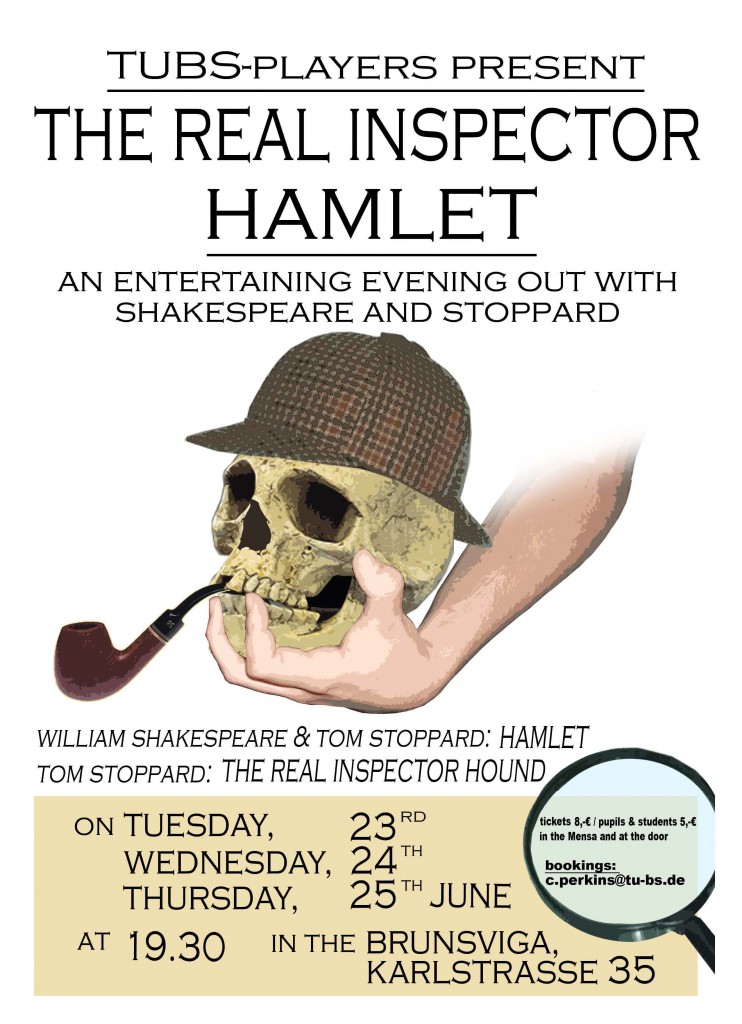